We’re showing off our latest game, AstroDodge! Come check us out and support the local developers!

Back in San Jose!

This year the IndieCade Festival took place on the beautiful campus of University of Southern California, specifically in the School of Cinematic Arts, which by the way has their own division in game design! 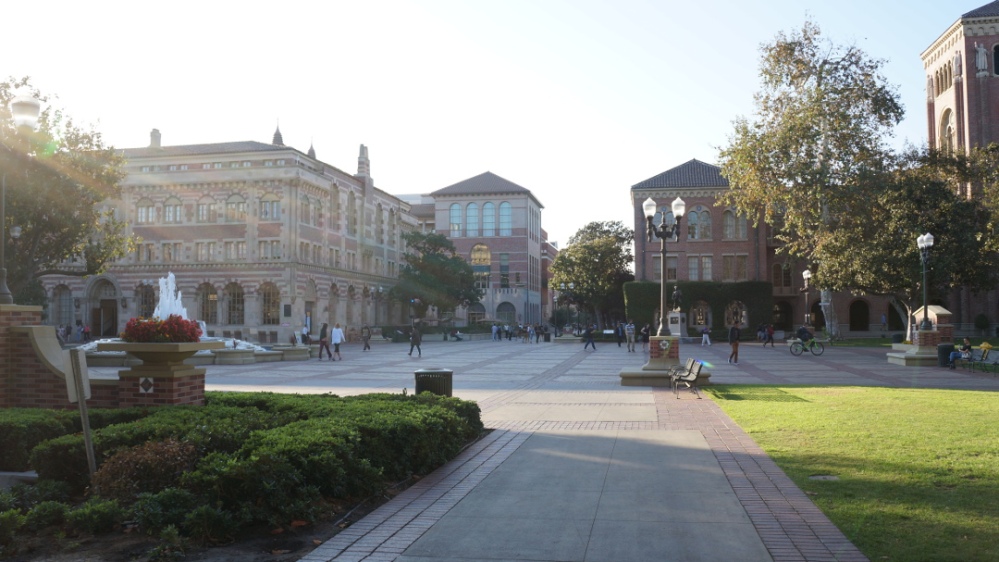 Part of the package for submitting a game is that the every member of the team gets free access to IndieXchange, which is the first two days of the Festival and features GameTasting, talks by fellow developers, exhibits by Playstation and Unreal Engine, and exhibits by the Festival nominees.

This was of course the highlight of IndieXchange. Imagine walking into a room seeing some of the most exciting projects that you’ve never seen or heard of. That’s because they’re not mainstream, and probably never will be, but they’re quietly making headlines by taking a unique and innovative approach to game design.

Take Threadsteading, for example. It’s a strategy game in which two players duke it out as the sewing machine stitches a 2D path directly on a cloth.

And Infinit-O, an absurd dream-like experience that explores the archetypes of woman-hood. 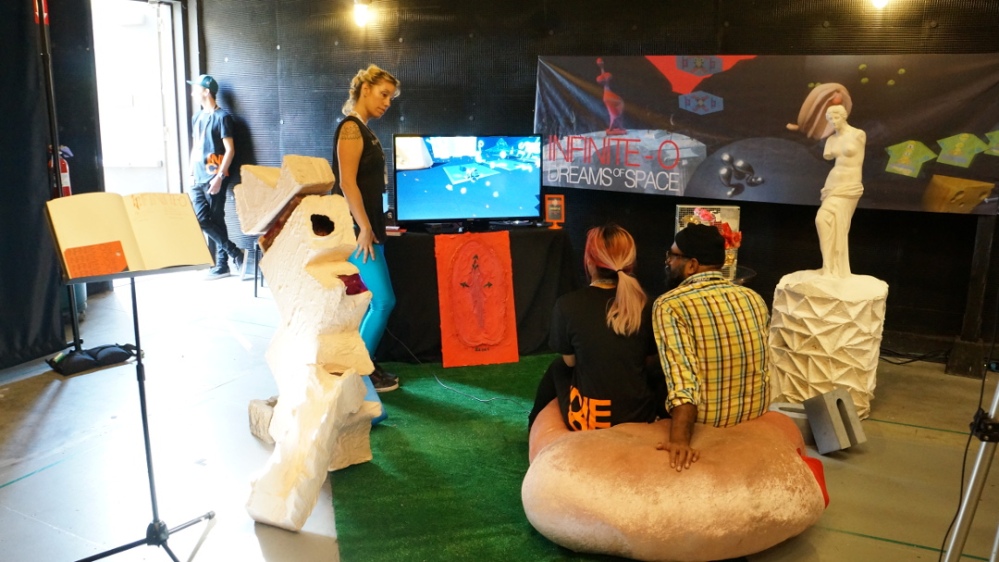 And RIOT – Civil Unrest, a riot simulator. The developer, Leonard Menchiari, talked to us about the inspirations behind the game: he physically participated in the NoTAV protests in Italy and was frustrated by how much the media distorts what actually happened. Through this game, he wanted to share the emotions that persist from both ends, how one action from a single person on either side could lead to total mayhem. The game is beautifully crafted; the audio especially is coded to adapt to changes in the environment and in the player’s choices.

We were given a 2-hour slot to demo our game, and since it was super short we kept it simple—no banner or fancy tabletop props. It’s rare to be exhibiting with other developers, so we took this opportunity to test gameplay features we recently added and to find out if they’re worth keeping. 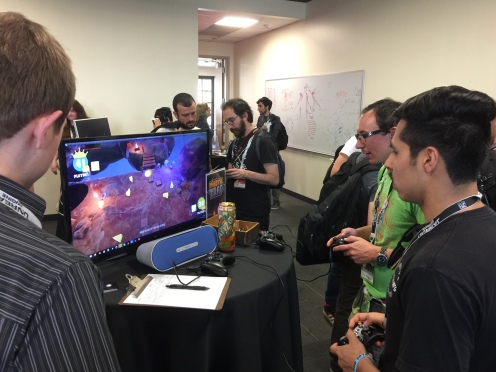 So far, so good! Everybody got a kick out of the new items and monsters. There were so many moments of “NOOOO!” as they unwillingly walked off the cliff due to the “confusion” effect. It was a lot of fun to see.

Eitr, Randall, Manifold Garden, Tumbleseed… all the coolest games the PS4 has to offer, old and new.

Overall, it was a really refreshing experience to be a part of. Unlike the other more mainstream events, the IndieCade Festival isn’t afraid to tackle the touchier issues and showcase games that demonstrate what “indie” is all about.