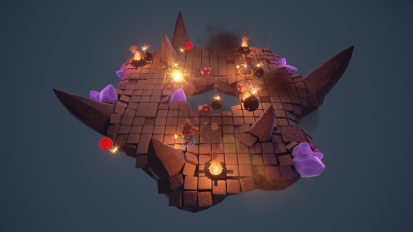 Venture as mice of chivalry descending into an ever-shifting dungeon filled with golden cheddar. Lethal traps, monsters, and the greed of your friends threaten your valiant pursuit for riches and glory. How will you and your friends cooperate? When will you betray them? In the end, only the most daring mouse can escape alive. Mind

Inside a mysterious room with no door, you seek a way to get out. A set of polaroid photos on the wall hint at the story of this room’s past. With only an old polaroid camera in hand, you must solve the puzzle of each photo by matching them to the scene. The Polaroid is 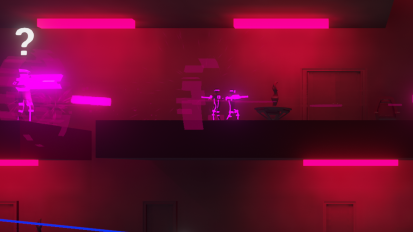 Take on a crime syndicate in a minimalistic cyberpunk metropolis using your ability to bend bullets.

Watch the cauldron. A spOOoOOoooOky kind of puzzle game, starring a little ghost in an ethereal world. With wit and just trying over and over again until you hate us, you’ll discover how the “game” is never bounded by the world it was created in. WASD to move. The game was created by Christopher Ng

A mystery visual novel with puzzles, humor and pixel art, featuring multiple endings. See if you can find them all. Created for the Itch.io Loading Screen Jam.

In a world created by sound, play as a boy with synesthesia as he fights the ever growing darkness with music and his fists, painting the world in color with every damaging blow. Turn up the beats, keep the darkness from growing, and enjoy the visual experience. 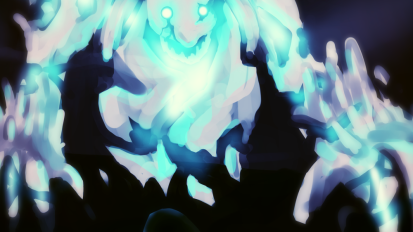 Immerse yourself in a mysterious ancient world on a quest to end a pandemic that’s confiscating the human race of its memories. Legends tell of Behemoths that must be defeated to end the curse. Armed with no weapons and only your wits and the friends you make on your quest, players must rely on teamwork, environmental puzzle solving and behavior adaptation to topple each Behemoth and solve the mysteries of the curse.

Don’t Breathe is a first person puzzle platformer by Chris, Michael Lee and Conrad Fay for the May 2015 month long game jam at UC Davis, where the theme was “I can’t breathe.” The game uses Unreal Engine 4 and was inspired by games like Portal, Silent Hill, and Gone Home. The player begins the 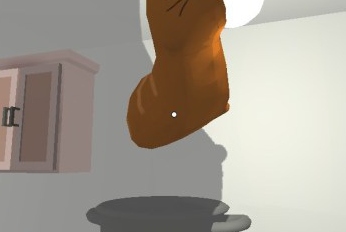 Winner of the People’s Choice award! Cooking for One is a sandbox game where you can throw anything you can find into the pot. Yes, even your cat.